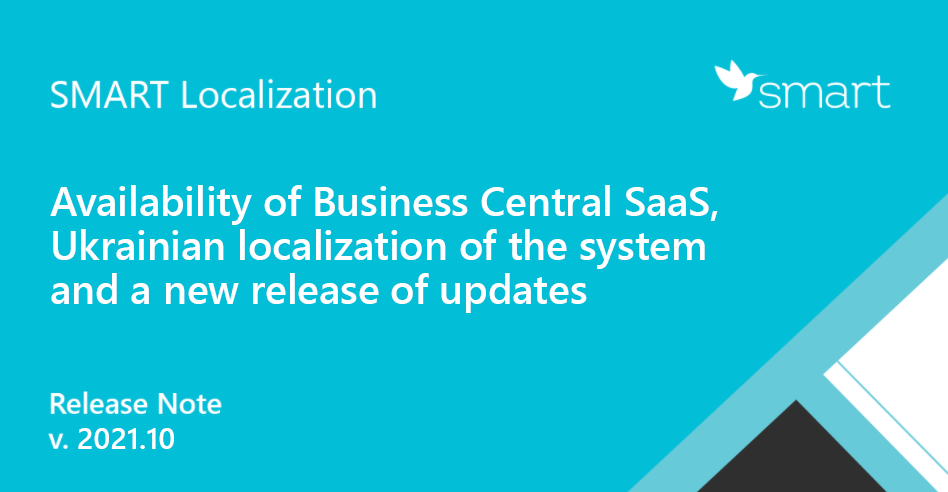 SMART business is pleased to announce the next regular update of the SMART Localization solution.

Let us start with the most important news.

Microsoft Dynamics 365 Business Central SaaS is already available in Ukraine. Right now, you can purchase licenses for “BC Online” through the CSP channel and use dual rights that is, choose to use the cloud or on-premises version of the BC.

The localization of accounting and tax accounting developed by SMART business under the legislation of Ukraine will be available for purchase from November 1, 2021. However, you can contact us (sales@smart-it.com) and order a demo and test drive today.

We strive to improve your customer experience every year, so SMART business:

The most important updates of SMART Accounting (automation of accounting and tax accounting):

The main SMART Payroll updates include the following:

If you are already a client of SMART business, we draw your attention to the fact that the update has already been released and a letter with a complete list of new functionality is already in your mailboxes.

If you are not yet with us, we suggest filling out the form and being the first to know about new releases of the solution.

SMART business – we carefully follow all updates so that you know the most important things in time.